Edwardian fashions call out to me; they always have! Even as a child I loved the soft old cotton items in my grandmother’s dress-up trunk. As a young woman I was fascinated by the exquisite creations in the old debutantes’ and actresses’ portraits, and of course the fashion plates.

A few years ago, I joined with some like-minded people in the Portland metropolitan area to co-found the Edwardian Society of Oregon. We have created themed events, held tea parties, and attended museum exhibits dressed as if it were an earlier era. 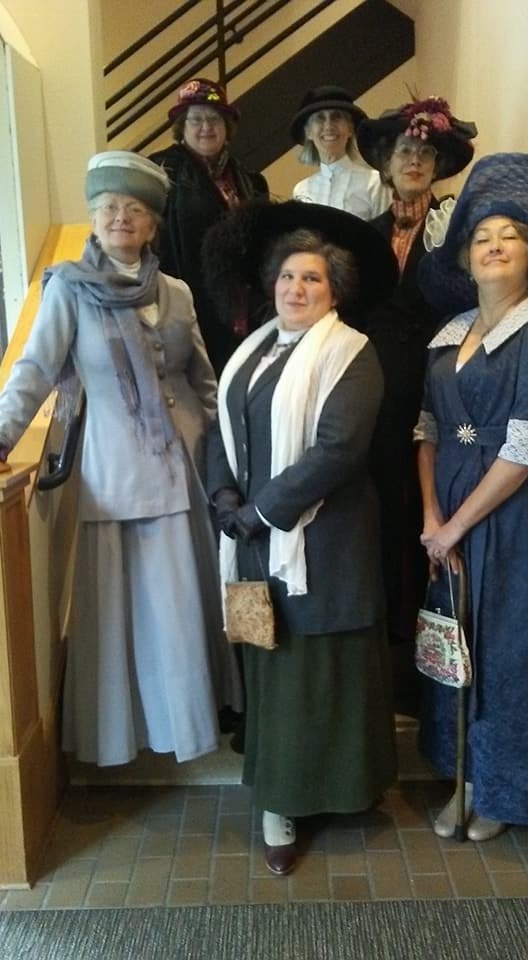 Along the way I have used my spare moments to design and sew authentic clothing for myself. It has been a treat to dress up and meet up with this group, and an inspiration to me.

The Beginning of The 1909 Wardrobe Project

The spring of 2020 and the pandemic ended our scheduled events, of course. We each retreated to our homes and began to catch up on those UnFinished Projects (UFOs) that will be worn “when this is all over”. At about the same time that I was organizing those sewing projects, I saw a notice from a local antique shop. They had a beautifully restored, oversized armoire for sale at a bargain price! After a few days of consideration, I bought it. 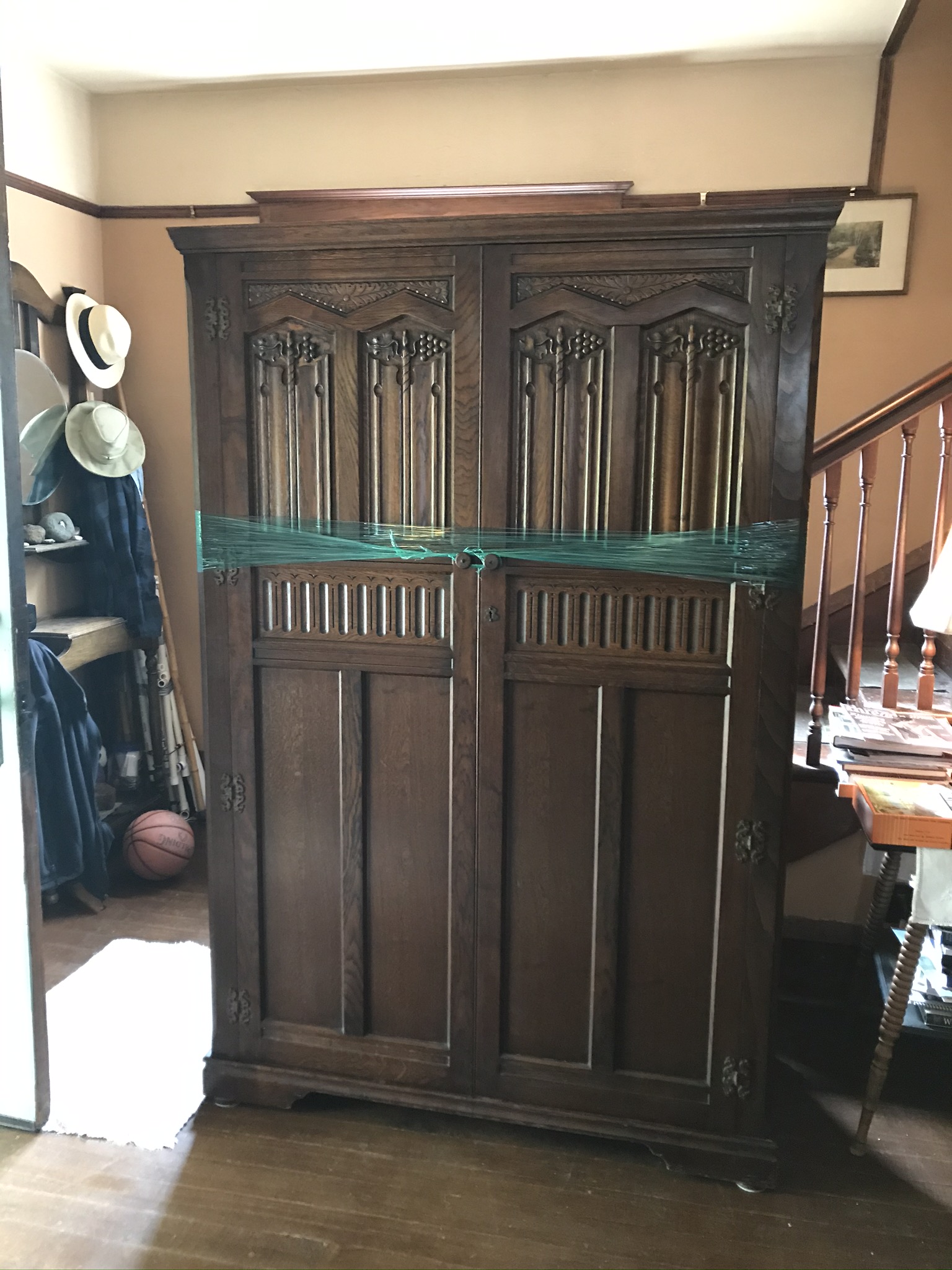 This antique armoire (or wardrobe) begged to be filled with clothing that complimented its elegant style and our historic house. 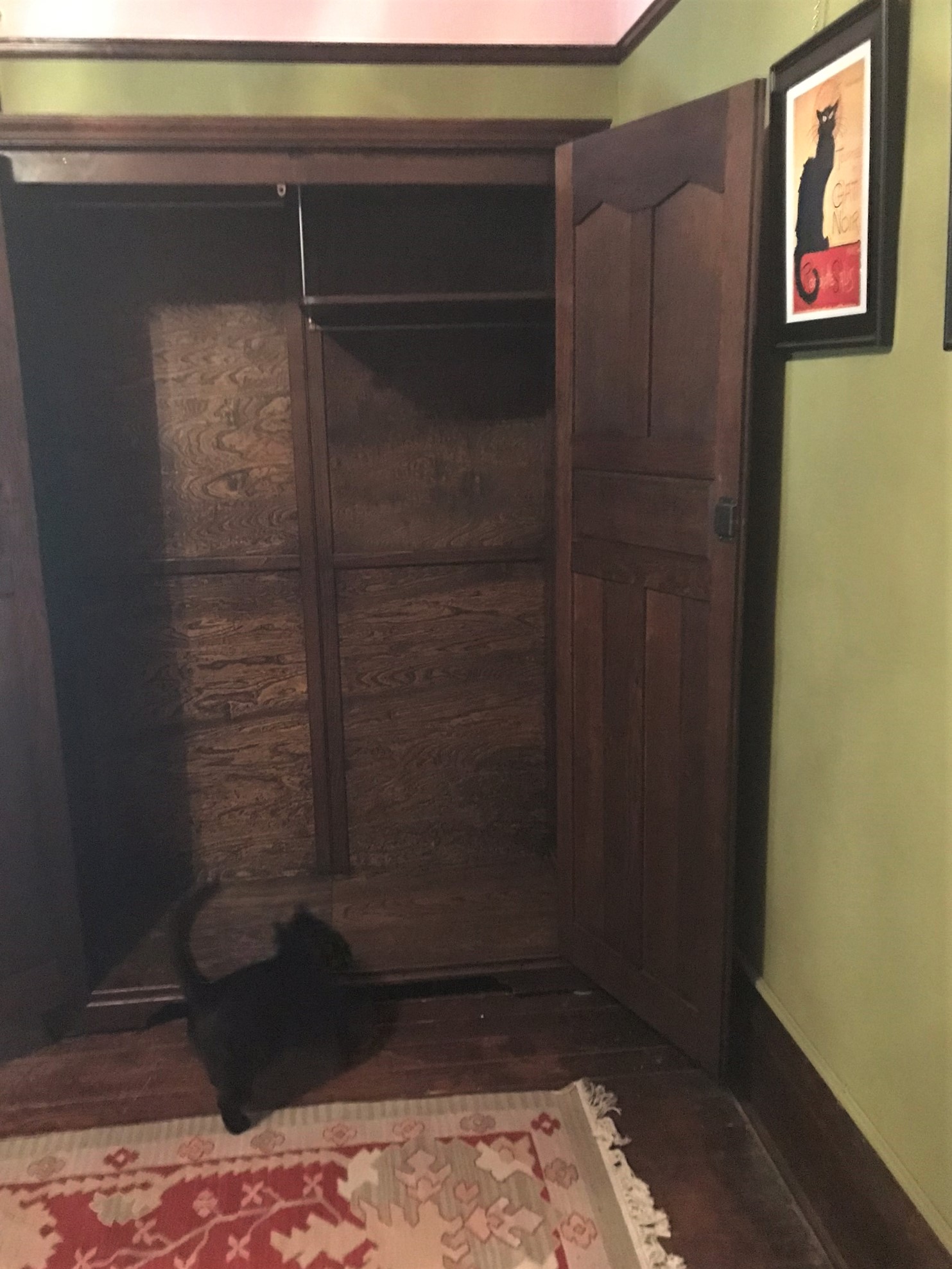 With a few extra hours of time every week and several boxes of my favorite fabrics, I decided to create a complete set of clothing for the lady of the house.

Who is the Lady?

I am creating my persona as a middle-class lady in 1909: she is a respectable matron who lives in a thriving village in Oregon. I will call her Maggie, after my great-grandmother, but instead of my ancestor’s surname, let’s give her one from fiction. Her name will be Mrs. Maggie Lynde.

Here is her story: Mrs. Lynde is a capable homemaker and seamstress who enjoys pretty clothes. However, she hasn’t really paid much attention to her wardrobe since about 1905. Let’s assume that family responsibilities have commanded her attention; I will pretend that her elderly aunt began to decline at about that time. The dear old lady had no children, and she lived nearby, so it fell upon our Maggie to check on her every day. As the years passed, Maggie found herself spending more and more time at her aunt’s, to the point that her own husband often spent his evening alone with a cold supper! Finally, it became clear that Auntie was not to be left alone, so the family hired a woman to help out with Auntie’s housework and stay with her at night. Maggie and her husband contributed to the cost, of course.

After dear Auntie passed away in 1907, Mrs. Maggie Lynde wore mourning for a year. By the end of 1908 she began to take an interest in getting a few new clothes, but she and Mr. Lynde had depleted their savings to care for Auntie. Their income didn’t stretch to cover the costs of fine fabrics and trims. She kept up with the fashion magazines, though, and tried to make do with the pieces she had. 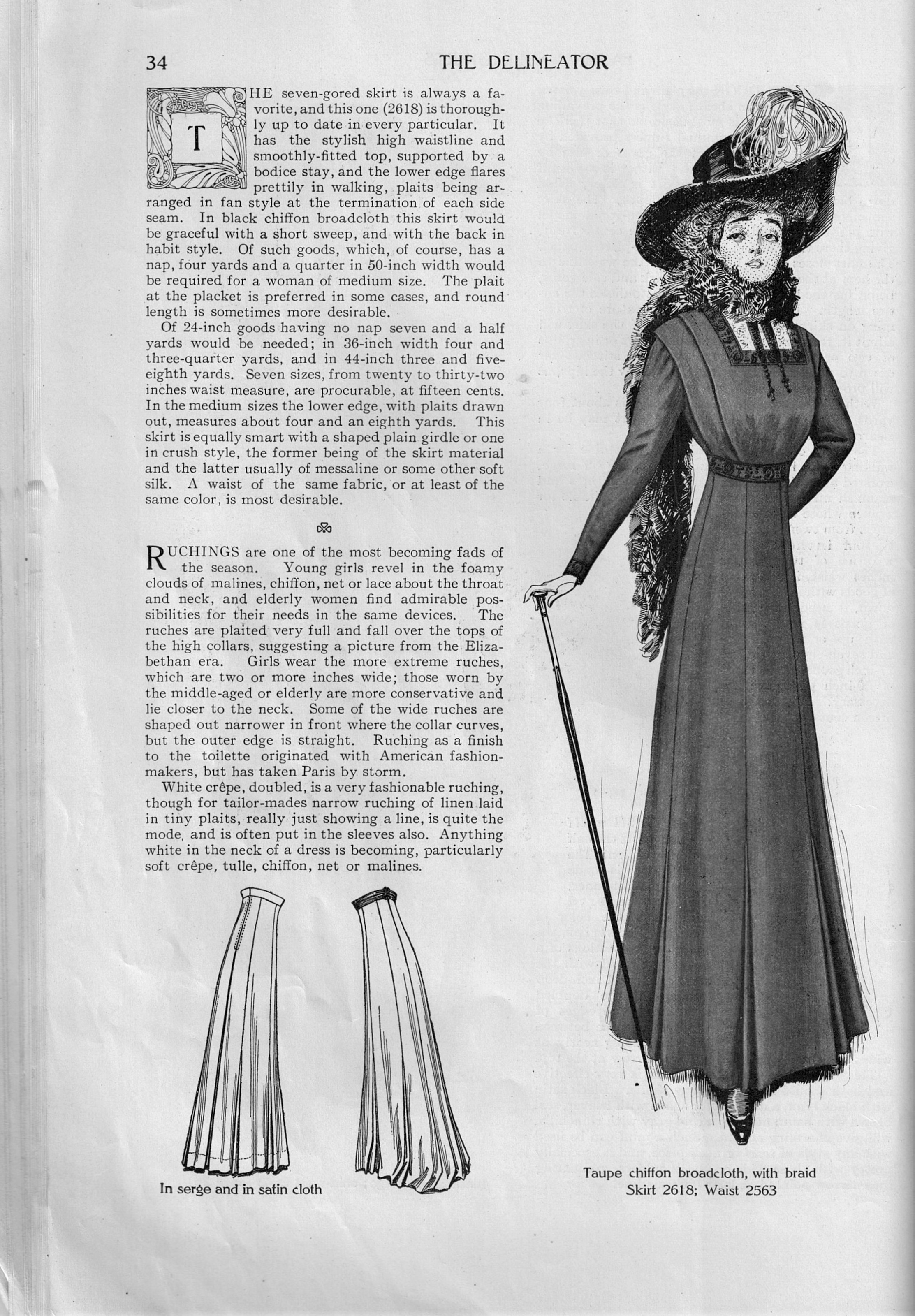 Through the period of mourning, Auntie’s house had sat, empty and unloved, while the lawyer settled the estate. A will was located, and in it was a hand-written paragraph identifying Maggie as the primary beneficiary. Finally, the day arrived when the house was sold, and the profits were divided among the remaining relatives.

Maggie had spent the last two years away from the world, neglecting her wardrobe and growing a bit shabby. Suddenly, in 1909 she had both time and money, and she discovered that the fashions were changing! She looked to her fashion magazines and sewing books for direction and ideas. 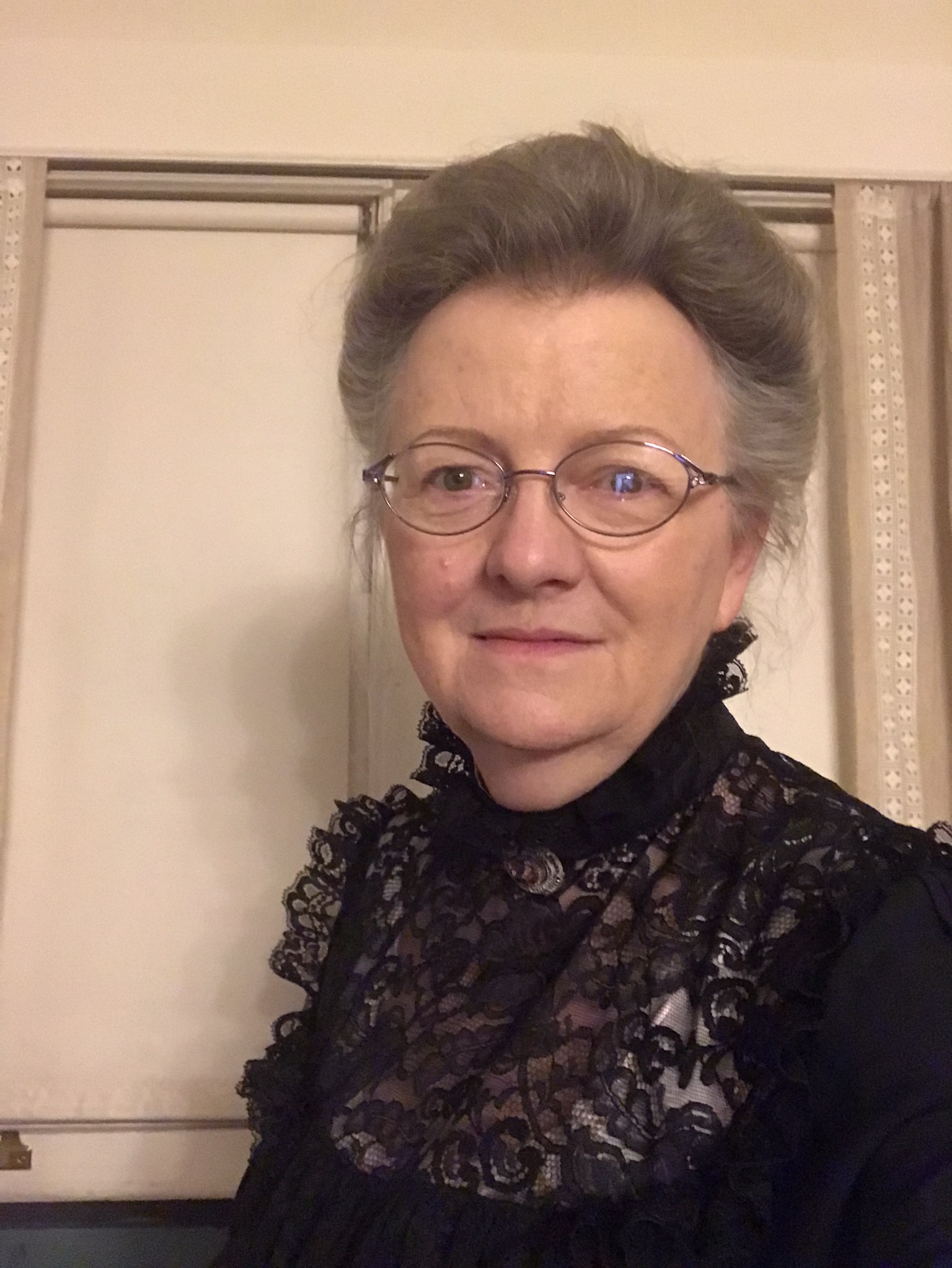